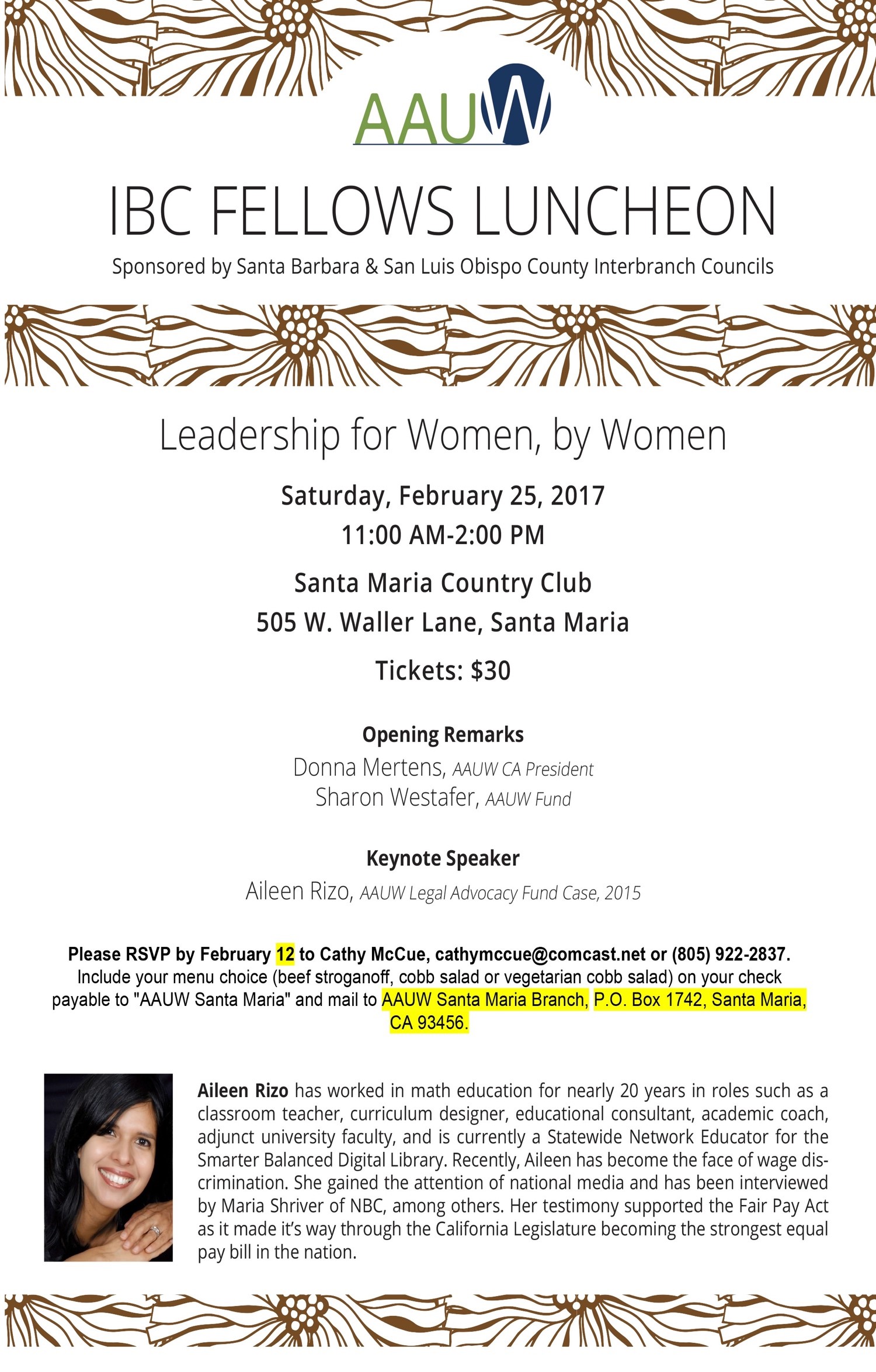 We were very pleased to welcome Aileen Rizo to the Central Coast Fellowship Luncheon at the Santa Maria Country Club in February 2017.

Aileen has been on the forefront of Legal Issues relating to Equal Pay for Equal Work since 2010.  She share her story, of learning that she was being paid less that colleagues with less experience, less time invested, and less education for the specific field, and the steps she has taken since then to correct these wage and pay issues, including being directly involved in the passage of the California Fair Pay Act. 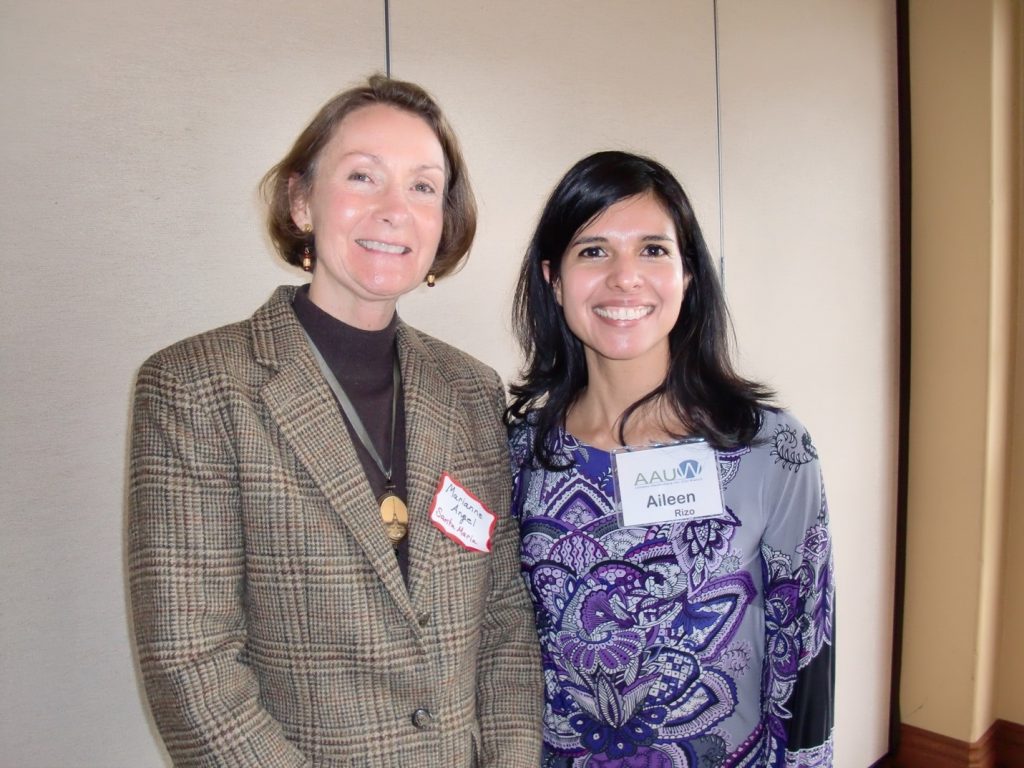 Ms. Rizo was very involved in actions taken to ensure equal pay for equal work. One of those listed is “set starting salaries that eliminate discriminatory pay gaps on the basis of prior salary.”  This action prevents disparity in pay/wage offerings to people who come from other states, other companies, other areas, where the base wages are less than the wages offered in California for the same job or work.  Aileen eventually had to file a lawsuit against her employer for Fair Pay.  Her story can be found here. The outcome of the lawsuit, which ended up going to the U.S. Court of Appeals, can be read here.

and, tho the outcome was not what they had hoped for, nor desired, they respect the process and the support and assistance that AAUW has given them. Wage disparity is an issue that several generations of women have been fighting against for many years now, and we know that our war is not over yet. 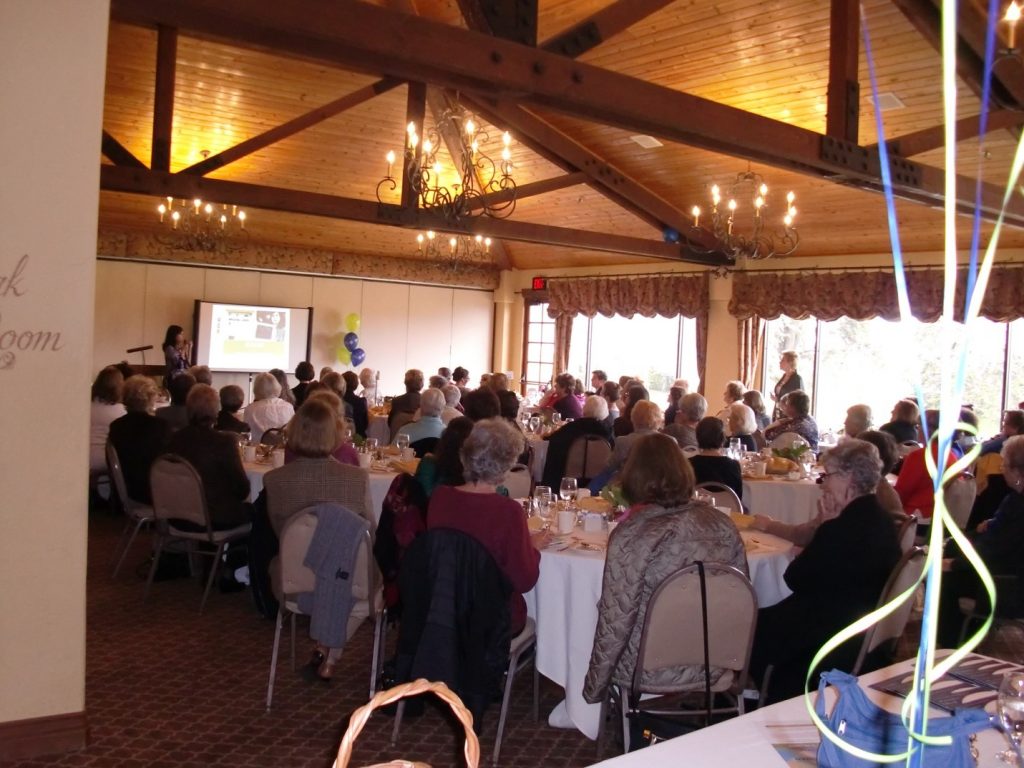